As more and more countries announce their plans for banning combustion engines (e.g., [1, 2]), it becomes critical to find ecologically sustainable ways to power electric vehicles. While wind and water provide energy throughout the whole day, photovoltaic installations have production peaks around midday which need to captured either by smart appliances (such as washing machines) or by some form of energy storage, such as batteries or water reservoirs. A solution for both problems could be to use the car batteries to cap the solar production peaks – possibly even completely locally, i.e., without requiring transmission lines to transport energy over large distances.

Our paper Using Locally Produced Photovoltaic Energy to Charge Electric Vehicles [3] (to be published in Computer Science – Research and Development and presented at D-A-CH+ Energieinformatik 2017) discusses this potential of using solar energy to power electric cars of commuters in Switzerland. On the one hand, we compute the potentially available solar energy on rooftops in each municipality: 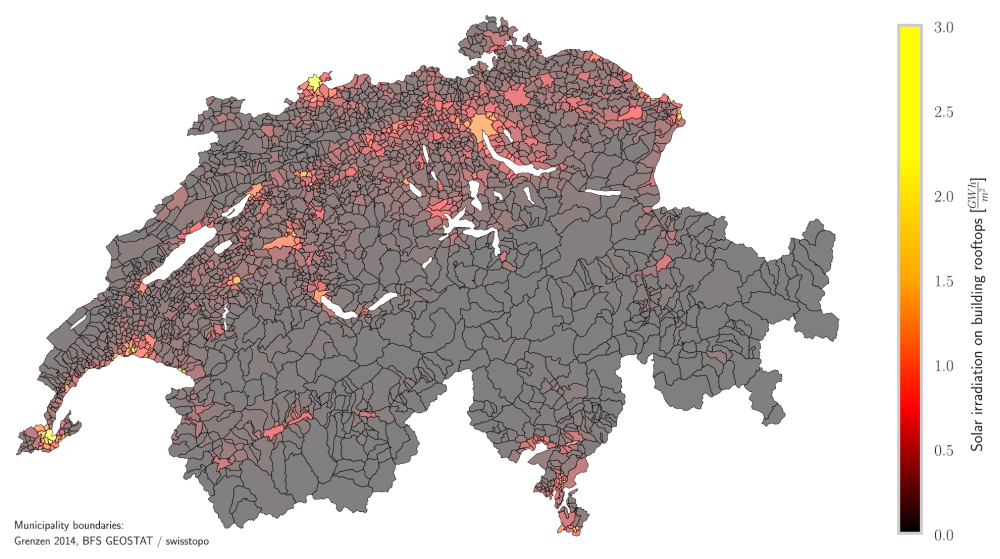 This is put in relation to the energy required by all work commuting travels, both within municipalities, as well as between different ones. The routes traveled are given as follows: 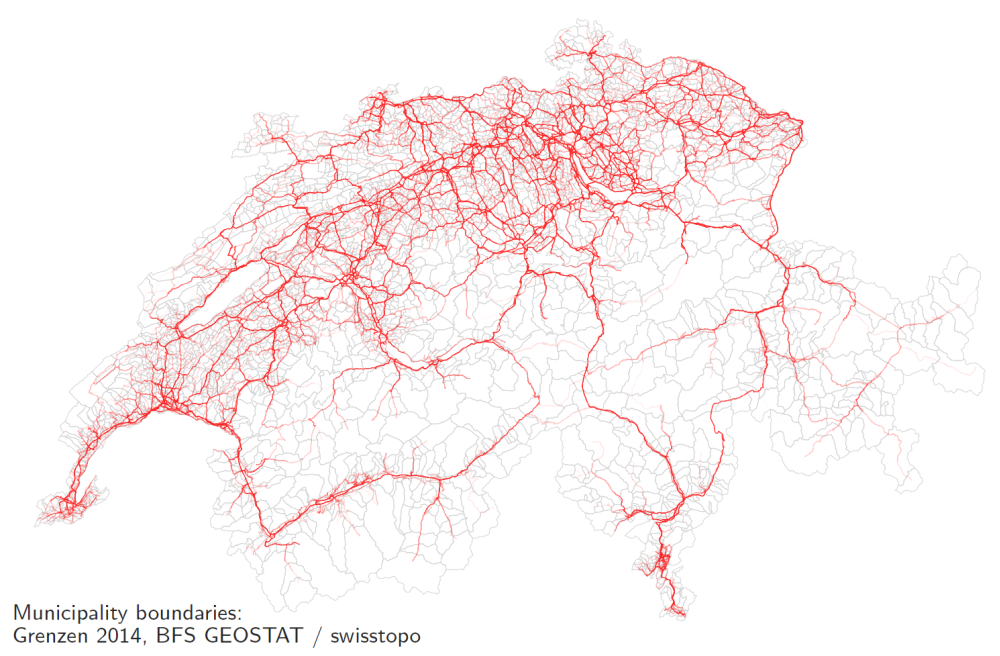 In a first scenario, we assume that people only charge their electric cars during the day at their workplace. We find that without shifting power from one municipality to another it is possible to cover up to 89% of the energy demand of commuter mobility. This also means that in larger cities (which have a high photovoltaic potential due to many rooftops), energy production peaks can be captured by electric cars, without the need to deploy additional batteries or storage capacity. The following figure shows the energy balance in July: 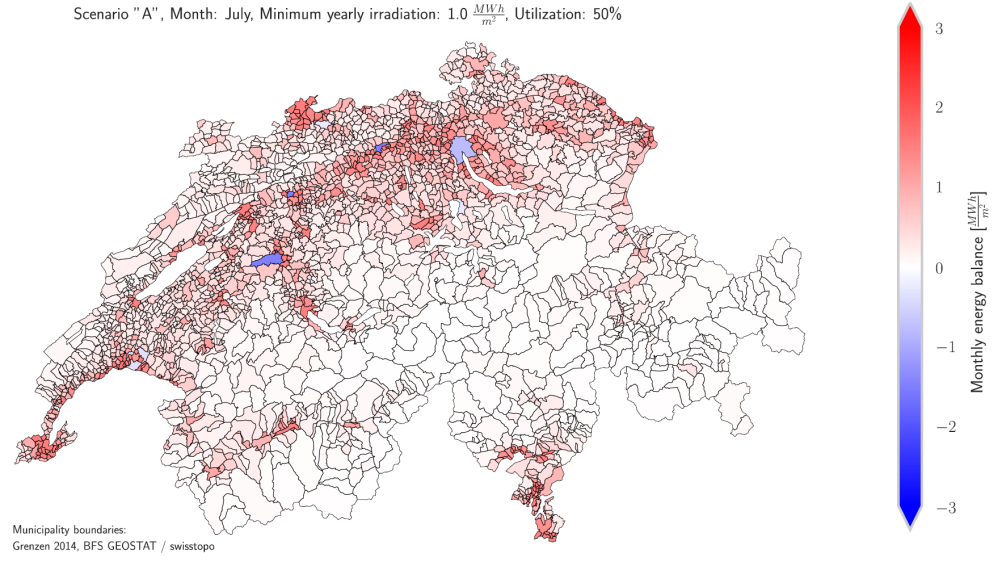 In a second scenario, where people only charge their cars at home (usually during the night), solar energy could cover 99.95% of the commuter energy demand. However, this requires installed storage capacity of around 9.32 GWh to shift the energy from day to night. Currently, 13.5 kWh batteries are targeted at homeowners, which means that around 690’000 households in Switzerland would need to be equipped with such a battery to let people charge their cars at home during the night.

The above presented analyses consider a full coverage of rooftops with solar panels, as well as a complete replacement of combustion engine cars with electric cars. This shift will not happen instantaneously, so the values should be taken solely as indications of potential future energy balances. It also needs to be noted that leisure travel and freight transport make up a substantial amount of mobility, which is not represented in above numbers. For more details, seasonal influence on solar energy production, and scenarios where people charge cars both at home and at work, please refer to the paper.