In our recently published 2021 GIScience paper “Estimation of Moran’s I in the Context of Uncertain Mobile Sensor Measurements“, we study the problem of how to quantify the spatial autocorrelation of samples that were recorded at different points in space and time. Such data is commonly produced by mobile sensors, e.g., the temperature sensors of cars, but also by social phenomena such as location checkins of people. As not only the sensors move, but also the phenomena (potentially) change over time, an autocorrelation value such as Moran’s I can either be inaccurate or impossible to compute due to a lack of data. Instead, we propose to weigh the contribution of different samples based on an empirically projected uncertainty. This weakening of the impact of uncertain samples leads to more stable estimations of spatial autocorrelation quantifications such as Moran’s I. 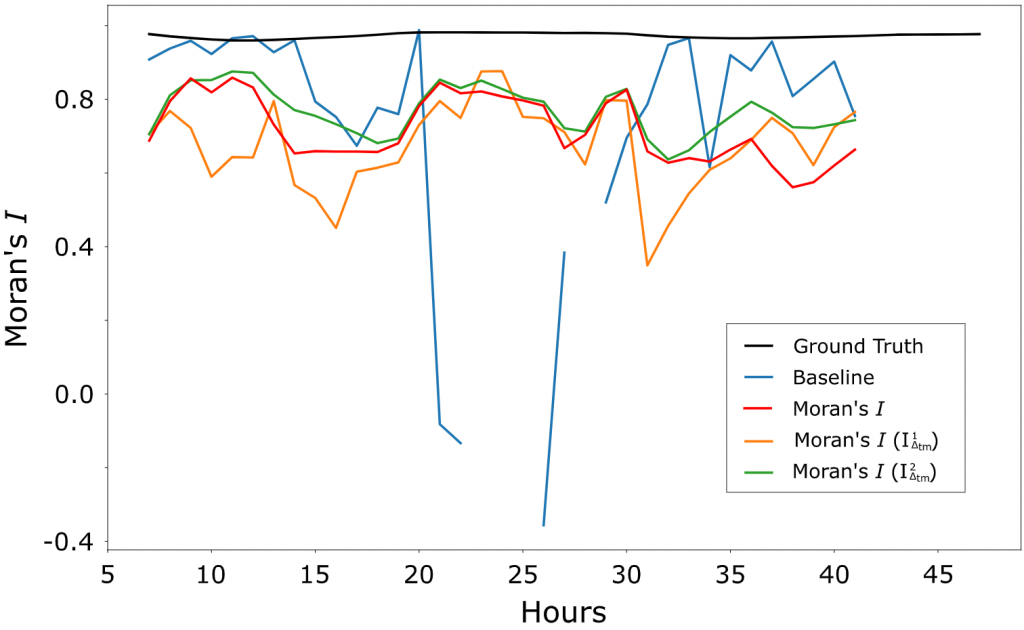